It took me a while to write this blog post as it is a personal account of a part of my life that is quite personal. People that know me will know that this is not normally something that I will do, but I do think that the time is now ripe to do so. 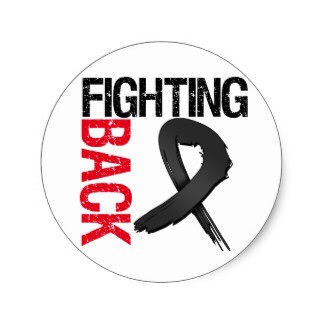 I was diagnosed with stage 4 metastatic melanoma during 2016 (lower case letters are deliberate) and was very lucky to come through on the other side relatively unscathed. This blog post is not about cancer and how to fight it, it is more an account of my interaction with Bonsai trees during the healing time. Much is said and is written about meditation and its positive effects on the body and mind. There are also writings and accounts of the meditative encounters that people have while interacting with nature.

Although I do not specifically work on Bonsai trees for the sake of a meditative experience, I do believe that while working on a tree, and when totally focussed on the task at hand, it is very easy to find yourself “in the zone”. Whether this is a form of meditation, I am not sure, but it sure feels like it. Whether I am working on a smaller or a large tree, the effect is the same. I am more relaxed during and after the experience. In my mind this is due to the fact that I engage in a state of mindfulness. This is necessary as I need to respect the tree and am not in a position to make mistakes. Creative pursuits tend to ask for total mindfulness and a state of relaxed alertness to do justice to what nature has given you to work on. Without this mindfulness and focussed state, mistakes will be made and if in a hurry, wrong design decisions will be made. In Bonsai, these will take years to be corrected and can even lead to the death of a tree.

Wound drain bottle was carried around. Just making sure that the scissors and plastic tube did not meet.

During my healing after surgery and especially during the radiation phase, I regularly interacted with my trees, and as it was during Spring and Early Summer, there was a lot to do. I did miss the repotting opportunity during that time as I did not think it was wise to work too much with soil-filled bacteria and other creepy crawlies around. Most of the work was around pruning trees, styling, inclusive of wiring and also removing wire. These are repetitive actions and on a large tree can take up to three hours. Due to the radiation effects, I had to break lengthy jobs up into shorter stints to not over burden myself. Smaller trees I could move myself, but my wife had to help with the larger ones. I had a wound drain hanging out of my side and this could become tricky with the plastic drain tube and very sharp pruning scissors snipping away.

For me, the time that I spent working on the trees, sometimes just studying the trees for future jobs and appreciating the beauty and form of trees, did impact positively on the healing process. It led to me being calmer, taking my thoughts away from the current situation and afterwards feeling satisfied with a job well done. It also forced me to be outside in fresh air. This led to a positive frame of mind which definitely helped to get me on my feet and looking forward to what the future holds.

On top of my interaction with Bonsai trees, the support of my wife, Susanna, was immense to help me through some pretty dark times and I will forever be in her debt for her support. So there you go, if something is wrong, work on your trees and make sure that you have great support around you, and you to will be up and running in no time.

Radiation time with Susanna in support. I wonder if the radiation had an effect on the trees?

6 thoughts on “Healing Powers of Bonsai”